Abbey Road, Highway 61, E Street…Bryant Avenue? The latter may not seem to fit, but make no mistake, the venue formerly housed at 19 Bryant Avenue in Roslyn had an indelible effect on popular music, giving rise to a plethora of icons.

The 7,000-square-foot space lived many different mid-century lives: car dealership, funeral parlor, bakery and bowling alley named Roslyn Bowl. In the wake of the AMF Bowling boom in the early 1960s, Roslyn Bowl nearly went out of business. To compete, owner Jay Linehan began booking country music acts. At the suggestion of his son Linehan changed the name to My Father’s Place, also known as MFP. That same year, a 22-year-old from Rockville Centre named Michael “Eppy” Epstein opened a head shop in Roslyn called Never When. But when the town prevented him from converting the space into a coffee shop, Epstein, a former musician, reached out to Linehan and offered to book My Father’s Place with rock acts.

“Jay didn’t want me to be the booker,” Epstein remembered. “So I said, ‘What’s the worst night of the year in the nightclub business?’ He said, ‘Memorial Day, Labor Day, Christmas Day, etc.’ I said, ‘If I fill this place up on one of those dates will you give me forty-nine percent [ownership] of this place for a dollar?”

Richie Havens, who Epstein knew from his days as an on-the-road musician, played the first show at My Father’s Place on May 31, 1971. It sold out. And Epstein became co-owner. 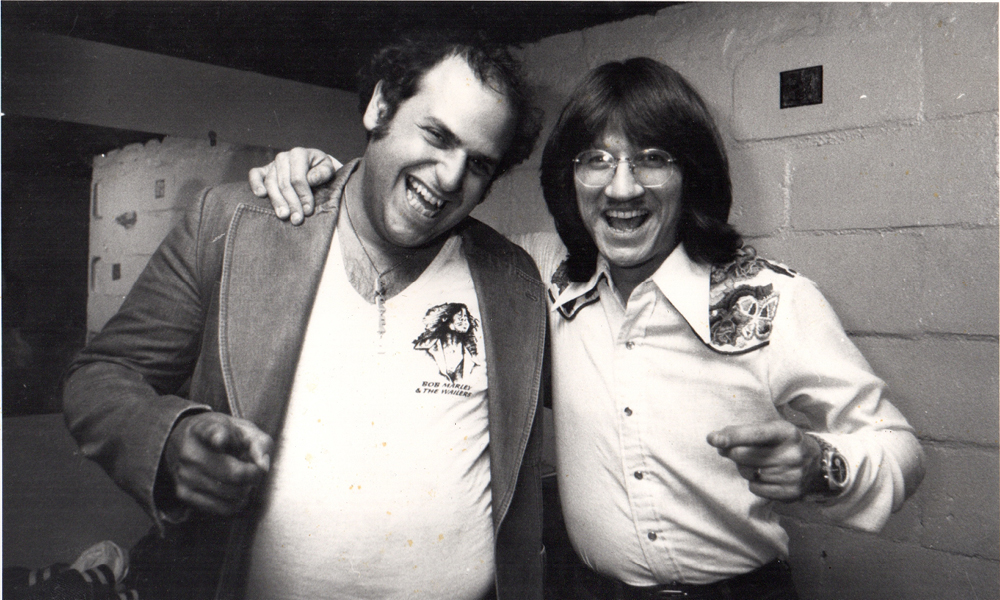 Michael “Eppy” Epstein poses backstage with Richie Furay of Buffalo Springfield. Furay will return to My Father’s Place to perform on Oct 25.

In an effort to keep selling tickets, Epstein turned to radio to promote the club and in 1972 forged a deal with local radio station WLIR to broadcast concerts from MFP. In its 16-year lifespan, My Father’s Place held 6,000-plus shows led by more than 3,000 diverse artists. The space became a breeding ground for young, then-unknown musicians including Madonna, U2, Aerosmith, the Police and Tom Petty. Up-and-coming comics Billy Crystal, Eddie Murphy and Andy Kaufman also graced the club’s stage at various times between 1971 and May 1987, when the club shuttered. WLIR would close later that year. A double-closure marking the end of an era.

The new MFP is located at the refurbished Roslyn Hotel, just blocks from the original venue. The 77-room hotel was recently bought and renovated by father-and-son investors Sudhir and Sumeer Kakar. The three-story hotel’s old banquet hall and ballroom have been transformed into the 21st-century version of My Father’s Place.

Epstein is quick to point out that the new MFP will not resemble the former nightclub. In addition to being 5,000-square-feet smaller than the original, the new space will be a supper club complete with 200 seats. “We are going to ask people to come in, sit down and watch,” Epstein said. “It’s not a place to jump around in like the other club was.” Additionally, the price of admission has gone up from $5 to $15–$75. Customers will also have to spend $25 minimum per person for food and beverage.

Epstein, the president and CEO of the Rozlyn Entertainment Corporation will run the performance venue alongside CFO Alex Ewen and COO/general manager Dan Kellachan, who for many years ran publicity for Westbury Music Fair. 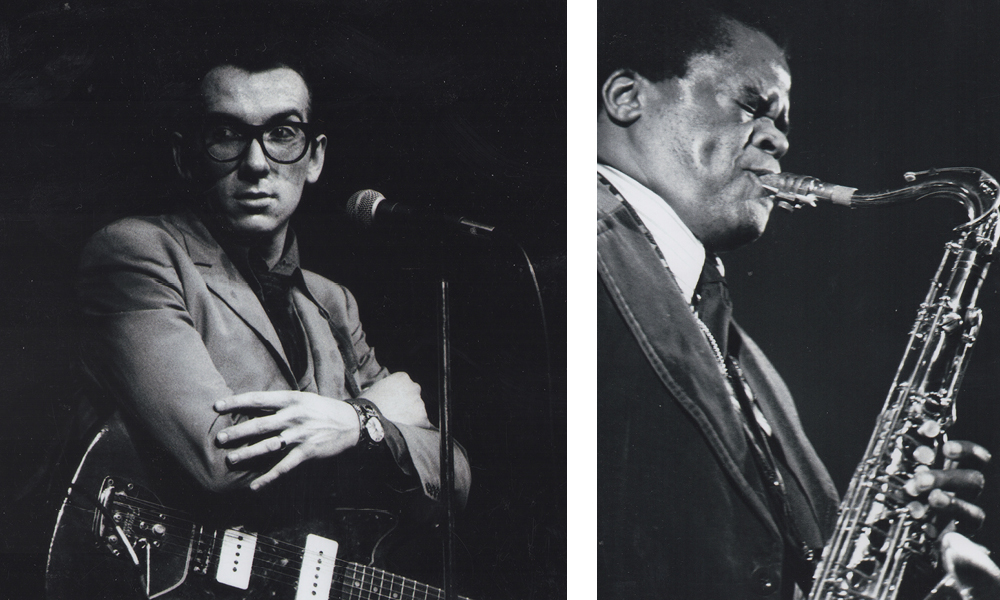 But the old and new MFP do share two key ingredients: Epstein and a desire to highlight new and original talent. “The reason I came out of retirement at age seventy is because I’m not very happy with the way the music business is going. It takes so long for an act to get recognized. I want to be able to help to develop new talent.”

Epstein made the original MFP stand out by playing host to a variety of artists from various genres including reggae, young punk and new wave. The spot was considered one of the country’s top music showcases and an essential place for new talent to perform. Before they became famous, The Ramones, Blondie and The Talking Heads all played MFP, as did country, bluegrass and blues artists including Charlie Daniels, Linda Ronstadt and Stevie Ray Vaughn.

“There is always new music to be developed,” Epstein said. “There are always bands that need to be nurtured and developed.”

In addition to boosting fresh acts, MFP will also host celebrated performers including Peter Yarrow, John Hammond and Livingston Taylor. “We aim to have an eclectic schedule of events,” Kellachan added. “We will feature rock and blues to jazz and contemporary artists like Michael Glabicki, the singer-songwriter from Rusted Root. We will also be featuring bands from all over the tristate area. That includes local Long Island bands who have been playing for thirty to forty years and some of who are looking to break into the business.”

My Father’s Place has already booked acts through Dec 16, and the club plans to be open three-to-four days a week throughout the summer. “We are the new kids on the block,” Kellachan said. “Most people won’t remember the original My Father’s Place, but so far the community has really embraced the idea of the second one.”