As a kid, Taylor Knapp would trek through the Indiana woods with his grandfather, foraging for mushrooms, morels and whatever else they could find. “My grandfather was kind of the foodie of the family,” Knapp recalled. “He wasn’t necessarily a cook, he just loved to eat good food. Eating things like that was very inspirational.” Few would look at fungus growing amidst dirt, leaves and muddy footprints and see gourmet. Knapp would disagree. That’s why, more than two decades later, his methods haven’t changed.

Knapp’s unconventional culinary start was eventually supplemented with more traditional forms of learning, both in the classroom at Johnson & Wales Culinary School in Providence, and in the real world, with stops at North Fork restaurants Luce & Hawkins and First and South.

It was while working on the upper peninsula that Knapp realized he could find nearly every ingredient he needed fresh and nearby except one: snails. He wasn’t alone. Nearly all snails sold in the U.S. come frozen, in a can, shipped from overseas. 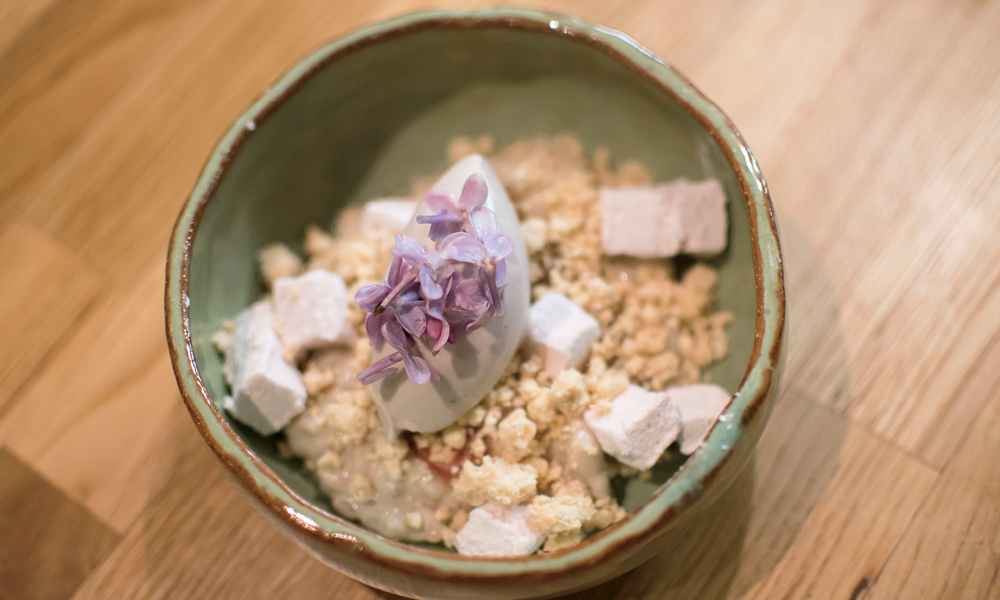 Knapp’s entrepreneurial spirit led him to open Peconic Escargot, the first and only company in the U.S. to offer fresh escargot. He expected the process of opening the farm and becoming certified to take a few months. It took a few years. Knapp needed something to fill the time. “We ended up starting a pop-up. We thought it was just going to be a couple of weeks…Three years later we’re still doing it. We joke that this is the longest-running pop-up.”

Pawpaw, named after a fruit tree native to the Midwest, does two dinner seatings three Saturdays a month at Bruce & Son, a breakfast/lunch eatery in Greenport. Aside from the assurance that every ingredient will be fresh and locally grown, you’ll never know what will be on the menu because frankly, Knapp doesn’t know. “The morning of I’m still trying to figure out exactly what we’re going to put on. The escargot takes up eighty percent of my time. If I have an hour here or an hour there throughout the week, I’ll go grab some ingredients, or I’ll walk into the woods and forage some stuff.”

This eccentric methodology shows itself in the final product. “You’re going to be eating some unusual stuff. There’s going to be that sense of adventure.” A sample menu includes corn mush with duck’s liver, cauliflower and forsythia buds, as well as beef roasted in spruce with beetroot, charred onion and juniper. But adventure is exactly the point: “I wouldn’t want you to eat a meal at Pawpaw and feel like you could have eaten it anywhere else in the world.”

Knapp joked that when people stop making reservations, he’ll stop with the pop-up. Yet dinners are still selling out years later. “When we started, we used to do one seating with fifteen guests and fifteen courses, it’s kind of an all-night thing…I think it would be more fun to go back to that fifteen-course, three-hour-long format and make it a little bit more spectacular.”