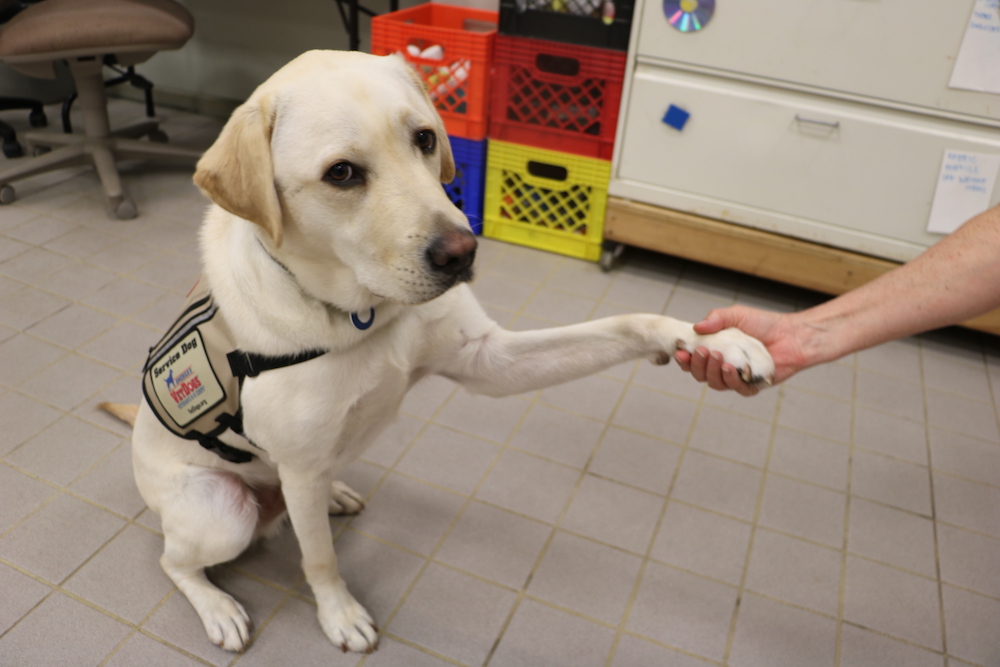 Sully, 22 months, has been training to become a service dog. image: anna halkidis

A credit card, prickly brush, metal chain and various other objects were scattered on the floor. The second he heard trainer Valerie Cramer say the word “bring,” Sully rushed to pick up one item at a time. Throughout the exercise, his tail was wagging. It was all part of Sully’s training to become a service dog through Smithtown’s America’s VetDogs. Soon, he will meet the handler whose life he will surely change forever.

“[These veterans] feel as though they’ve got somebody who is there with them through thick and thin,” Cramer said. “Even when they are not feeling so great and they don’t necessarily want to interact, dogs somehow accept that. There’s a silent language that can [work] with a dog that rarely a human will tolerate.”

But service dogs like Sully offer a lot more than just a nonjudgmental attitude. Cramer, who has been with the organization for about 15 years, has seen dogs have a tremendous impact on veterans suffering with post-traumatic stress disorder (PTSD). The debilitating mental disorder affects about 31 percent of Vietnam veterans, 10 percent of Gulf War veterans, 11 percent of veterans of the war in Afghanistan and 20 percent of Iraqi war veterans, according to the U.S. Department of Veterans Affairs.

Service dogs are able to mitigate the symptoms of PTSD. They can be trained to interrupt nightmares before they advance by nudging their handler with their nose or by pulling the bed covers off. They can turn on light switches so handlers won’t enter a darkened room, or even simply rest their head on a handler’s thigh for mindfulness training. “Many times, veterans will say that the presence of the dogs calms them and keeps them from getting anxious,” Cramer added. 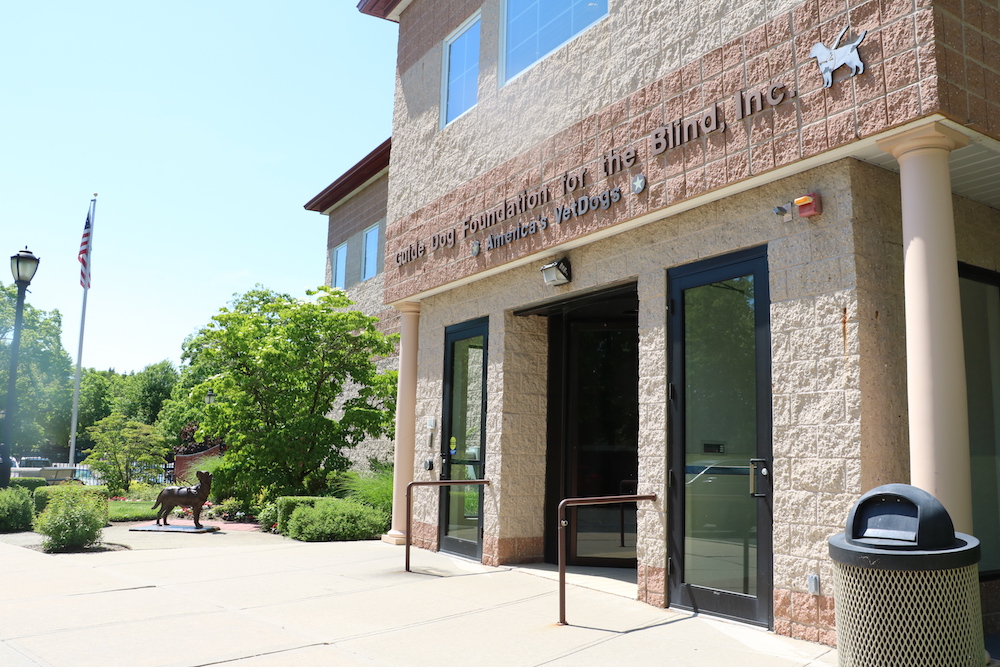 Service dogs also help handlers integrate back into society by easing them back into activities they’ve avoided like taking a walk or going to the movies. Some dogs are even trained to offer their paw to greet strangers, taking pressure off their handlers. It’s common for family bonds to strengthen as veterans become more talkative, active and happy.

Sully and the other pooches from America’s VetDogs are born through the organization’s breeding program, which includes Labrador Retrievers, Golden Retrievers and crossbreeds. The furry companions spend about the first year and a half of their lives being raised by inmates in prisons along the East Coast. The inmates who apply to volunteer for the program are thoroughly screened to ensure they are a good fit. Once accepted, they spend time teaching the dogs simple commands. America’s VetDogs, which currently trains about 50 service dogs for veterans per year, said it’s an effective way to teach the dogs structure and to simultaneously offer inmates an opportunity to give back. On weekends, the dogs leave the prison to spend time in the homes of other puppy raisers to expose them to different environments and experiences.

They are then transported to the spacious Smithtown facility where they are trained for a couple of months to cater to a specific applicant’s needs. After training, an applicant spends two weeks in the facility’s housing to receive classroom training with the pooch and outside public access trips.

It costs about $50,000 to breed, raise, train and place a single assistance dog. Yet veterans receive their dog for free with the help of donations from individuals, corporations, foundations, businesses and service and fraternal clubs.

“I’m told by so many that these dogs have lightened up the load that somebody carries,” Cramer said. “It’s pretty spectacular to be able to offer that to somebody. And it’s really quite a privilege for all of us here to serve the people who have served us.”