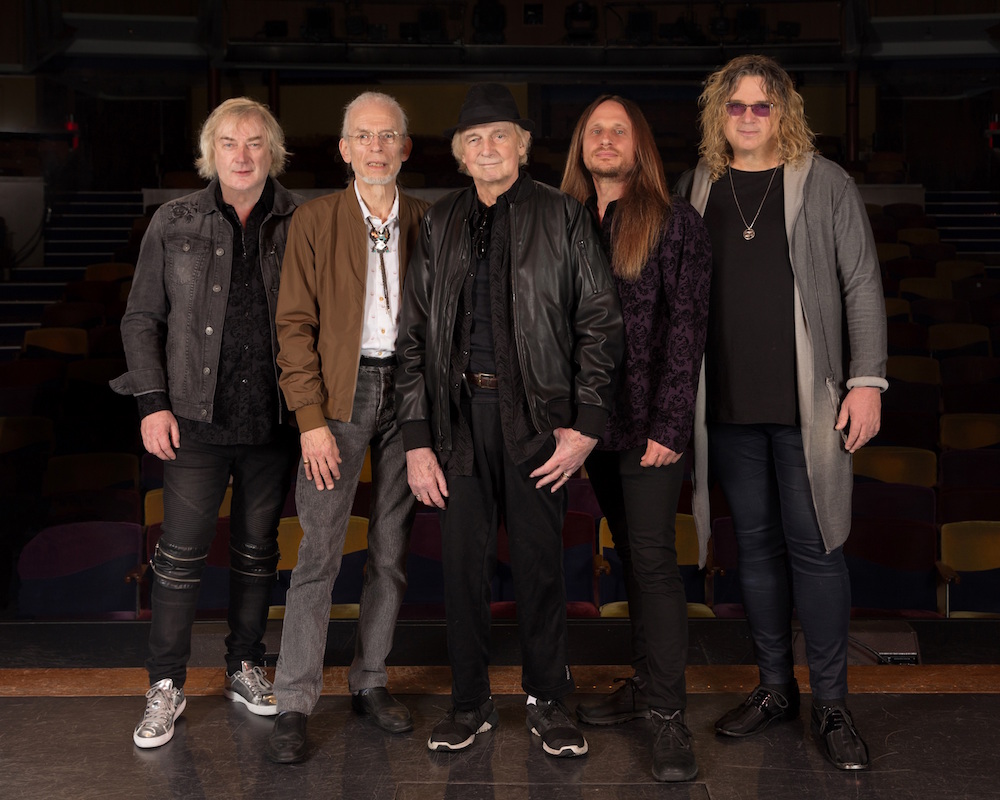 Keyboardist Geoff Downes’ resume is impressive, as he has been a member of three renowned bands over the years—the Buggles, Yes and Asia. Currently, Downes is back with Yes, a spot he has reclaimed since 2011, after originally serving from 1980-1981.

The Rock and Roll Hall of Fame-inducted band is often credited with helping to trailblaze prog rock, due to such classic tunes as “Roundabout,” “Long Distance Runaround” and “I’ve Seen All Good People.” And this year, Yes (the current lineup also includes singer Jon Davison, guitarist Steve Howe, bassist Billy Sherwood and drummer Alan White) is celebrating the half-century mark with an extensive tour dubbed 50 Years of Yes. Downes spoke with me shortly before Yes is due to appear at NYCB Theatre at Westbury on July 18.

Let’s discuss the 50 Years of Yes tour.
I think it’s a great thing to celebrate. Any band that can lay claim to the fact that they’ve been going 50 years is pretty incredible. And certainly, I think it’s good to go out there and give it to the fans who followed the band for so long.

You were a fan of Yes before joining, right?
That’s right. Both Trevor [Horn, who was a member of the Buggles with Downes, before both joined Yes] and I were both big Yes fans. When I was in college, the first few Yes albums were the backdrop to our world, and the Yes logo was on every student’s wall. When I got the opportunity to join, it was something that was almost like a dream, in a way, that I was getting into a band that I had so much appreciation for.

Which song is your favorite to perform?
Funny enough, one we’re not doing on this tour, “And You and I,” I always found to be one of the most uplifting Yes songs, off the Close to the Edge album. That was always a lot of fun. On this tour, we’ll be doing a very varied set from quite a number of albums. It’s all good and it’s all very challenging. It’s very exciting music to play.

Which material proves to be the most challenging?
I think probably “Awaken” off the Going for the One album. That is certainly a very challenging piece. They’re all pretty challenging pieces in their own way because quite a lot of the time I’m trying to get into the style of another keyboard player, whether it be Rick Wakeman or Tony Kaye. You have to look into how they put their sounds together, and what fingering was used and stuff like that. It’s a fairly complex process in many ways. But having said that, playing with the other guys is a big lift. There are integral parts in Yes, but once you know what they are, you can get around.

Do you have fond memories of playing Long Island over the years?
We always love playing Long Island. Certainly, that Westbury venue is a fantastic atmosphere because of being “in the round”…although getting all of our gear on stage is quite challenging, but we always seem to manage it. That’s always been a great place to play. I have really fond memories of the times I played there, not only with Yes, but also with Asia. It’s a great atmosphere, that’s what I remember. And I always like going back there.

Any plans for Yes to record a new album?
I think we’ll have a go, yeah. Certainly, we’ve had a few ideas floating around for the last year or so, and I think once we finish this tour and take a break, that’s probably when we’ll be looking to put some song ideas together, and maybe getting an album out before we go out again next year.