Years in the industry:
14

First time behind a bar:
Twenty-two years old, bartending pretty exclusive private events in the Hamptons. The money was easy and I was basically doing vodka soda, vodka cranberry, those. It was a way for me to save up for college on the weekends.

Favorite thing about working behind a bar:
If you’re at a good spot, the laughter.

Favorite drink to mix:
Old Fashioned. I’ve had some really horrible ones. You really need to build it correctly and put energy into the details, even something as simple as selecting the right cherry.

Favorite spirit:
Tequila, all day. I hated it when I was in my early twenties but that’s because I was drinking shitty stuff. Once I tried Casa Noble Anejo, I never turned back.

Most underrated ingredient:
Amaro. It can be used as an alternative to sweet vermouth. There are so many good ones out there.

Weirdest drink request you’ve ever gotten:
A loaded Corona with grenadine. So you want a Shirley Temple Corona?

Weirdest cocktail experiment you’ve ever attempted:
I was on a quest to make pine syrup for a pine needle gimlet one year around Christmas. I had to explain to my wife why our tree had been all cut up and looked like Charlie Brown’s.

The best piece of bartending advice you’ve ever received:
The old admonition, “Keep it simple, stupid.” They weren’t calling me stupid, right?

One thing you wish would disappear from drink lists forever:
St-Germaine. Sorry, but 2010 called and they want it back.

If you could mix a drink for any person, dead or alive:
Thom Yorke from Radiohead.

Favorite thing to do when you’re not drinking or making a drink:
Restoring old cars. I love to detach from the world and get my hands dirty. I mainly focus on early Broncos. I’ve owned a 1971, a 1977 and currently a 1972. That has two years of work put into it. I try to dedicate around five or six hours a week to it.

Your favorite bar and why:
PDT. Jim Meehan is a great, and was one of the pioneers of the craft cocktail movement.

Best thing you ever drank:
I went to a Scotch tasting at the 1770 House and they tasted us on a 80-year-old Scotch that had been recovered in the ocean from a capsized boat. It was unreal: smokey, peaty and salty.

The worst thing you ever drank:
Sour Apple Puckers.

First time you got drunk:
Bud Lights on a summer night.

If your bar shifts had a theme song:
“Piano Man,” Billy Joel.

After your shift, you drink:
Coffee, water and beer, in any order.

Current obsession:
Greenhouses and microgreens. I started growing devil lettuce when I was a teenager, then switched over to herbs and veggies. We have a garden at the Swallow location in Montauk. There’s nothing more inspiring than walking out the back and plucking some fresh mint for a drink.

One weird thing we should know about you:
I got my first tattoo at 13, a cross on my ankle. I felt like my parents wouldn’t be as pissed if it had some religious meaning.

The last text message you sent:
“Jesus, why so early?” 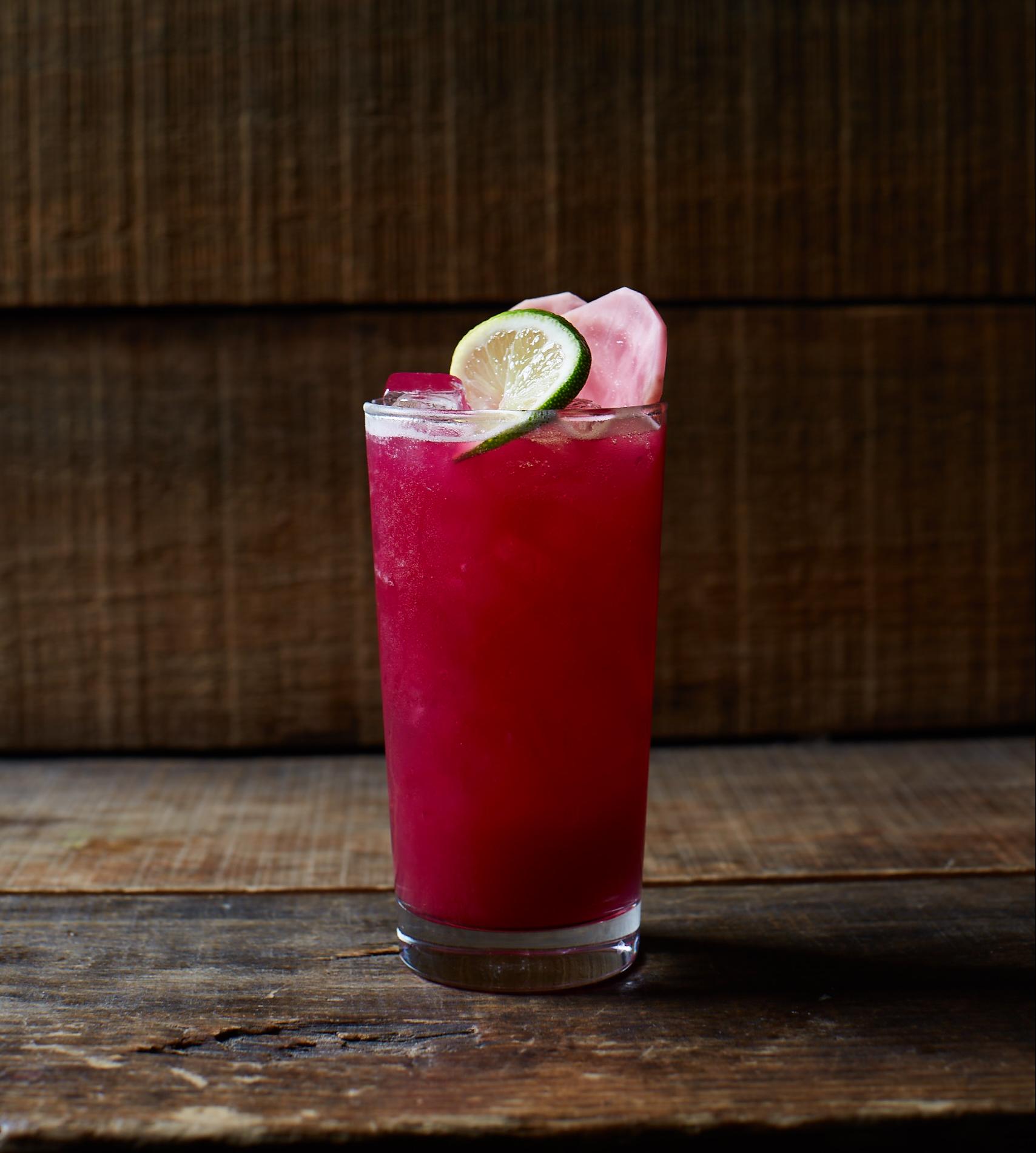 Summer weekends in the Hamptons means making thousands of drinks and taking shots with friends, so my body is pretty beat up after. I try to replenish with some fresh juice with tons of ginger and lemon, and sometimes beets; one of the beautiful things about beets is they are known as liver cleansers. Recently I made some beet juice and thought the sweet, earthy, savory character would pair well with earthy, smoky mezcal.

1) Combine all ingredients in a mixing tin and shake with ice.
2) Strain into a Collins glass filled with ice.
3) Garnish with a pickled beet.

In a medium saucepan, combine all the ingredients, except the beets. Bring to a simmer, then remove from heat and let cool. Once cooled, pour liquid over the beets in a glass jar and cover for one day. Store in the fridge for up to three months.