I hear the sound of windy leaves/ Summer birds and gently flowing rivers, creeks and pools up from the spring/ The music of the water on the rocks is getting louder/ As I walk towards whatever life may bring.” —Lukas Nelson

Being surrounded by greatness has rubbed off on singer/songwriter/guitarist Lukas Nelson. Johnny Cash, Waylon Jennings and Kris Kristofferson are just some of the legends he knew growing up. He started out touring with his father, country music icon Willie Nelson, at 13, and was invited to tour with Bob Dylan two years later. “I was already on the road with dad and still in school,” recalled Nelson, now 29. “But my mom forbade me from going on the road anymore saying I was too young. I’d also started my band and was learning a lot, so I think it was the right thing to do even though I love Bob.”

But it was the cosmic connection Nelson had with Neil Young that has really influenced his band, Promise of the Real (a reference to a line in Young’s 1973 song “Walk On”). Now Young’s touring and studio band, Lukas Nelson & Promise of the Real (POTR) has been busy backing Young, performing in Bradley Cooper’s upcoming remake of A Star is Born, and playing songs off of their 2017 eponymous full-length. They will be playing Stephen Talkhouse on July 21 and The Surf Lodge on July 22. Austin-born and Maui-bred, Nelson always looks forward to playing on Long Island and, while he played Stephen Talkhouse last year, it’s been awhile since he’s played The Surf Lodge: “I like that the ocean’s nearby and there’s a nice lake…It has a good vibe.”

Growing up, what did your dad teach you about music?
I was about 10 or 11 when I picked up the guitar, and I really just fell in love with it. He never discouraged that, but he never pushed it on me either. He kind of led more by example. He taught me a lot about guitar and the fundamentals of playing, which was great. And there were little things like how to change the strings.

Tell us about the dream that helped you overcome stage fright.
I was around 6 years old, but it was so vivid. There were so many people in the audience that I was scared to be on stage. And this voice told me to shrink my consciousness, my awareness, into my chest where my heart is. I was looking at the audience through my chest and I felt safe coming from that place. So I started to sing and the crowd went wild, and then I woke up and I was never afraid to sing in public again. 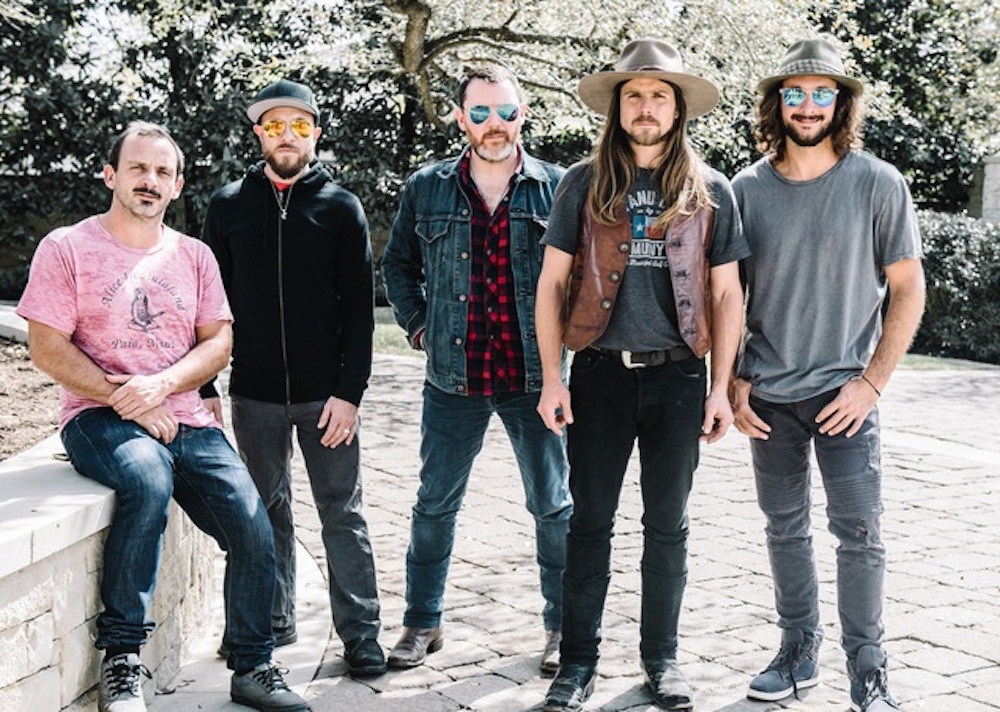 Nelson and his band Promise of the Real. image: joey martinez

What’s been your most exciting live experience so far?
I think that would be Desert Trip 2016 in Indio, CA. We backed Neil Young and the other performers were Paul McCartney, the Stones, Roger Waters, the Who and Bob Dylan. It was incredible, and the experience led to working with Bradley Cooper and Lady Gaga on (the upcoming remake of) A Star is Born. I also met (Brooklyn-based indie band) Lucius, who sang on our latest record.

Favorite songs to perform live lately?
“Forget About Georgia.” And “Find Yourself” is really fun. Everyone likes to sing along to that one, and it’s always great to interact with the audience. But they’re all fun to play because we never play the songs the same way.

What can you tell us about your EP coming out in the fall?
There will be a few new songs that didn’t make the last record. It’ll also include the album version of “Forget About Georgia,” and a remake of it that we’re going to release as a single to get it out to the masses.