A Brooklyn-based collective of virtuoso musicians, insomnia and traveling are just some of the inspirations for Sam Reider’s debut solo record, Too Hot to Sleep. A jazz pianist turned roots musician known for his role in Americana band Silver City Bound (formerly known as The Amigos), Reider set out to make music for a group of young, talented instrumentalists called The Human Hands. “The group had already been playing regularly in the city for the past few years and I felt like I had an opportunity to create a body of work that really featured each of these incredible artists,” said Reider, 29, who plays piano and accordion. “What makes the band especially fun is the combination of everyone’s individual virtuosity and their ability to come together in collective improvisation.”

On March 13 at Rockwood Music Hall, Reider will be joined by the Human Hands to perform mind-bending acoustic music from Too Hot To Sleep, inspired by Reider’s travels to Turkey, the Caribbean and Southeast Asia. The 7-10pm show is part of an On Your Radar series hosted by John Platt of WFUV.

Reider discussed the freedom of instrumental music and breaking down the boundaries of musical genres.

What inspired your solo project?
Too Hot To Sleep is a mix of jazz, bluegrass and sounds from around the world. We (The Human Hands) are all deeply rooted in the American music tradition but the music I’ve written is inspired by my travels abroad—from Turkey and Azerbaijan to the Caribbean and Central America to China and Southeast Asia. The music was born out of a period of intense touring and insomnia last year when the radiator in my room was literally too hot. I would get home late from a gig, toss and turn with melodies running through my head and eventually get up and go to the piano to write down a song. This record is the product of that. It’s like a fantastical journey through the underworld.

You often sing in The Amigos, now called Silver City Bound. Why did you make a record of instrumentals?
I did initially write a few vocal tunes for the group, but when it came time to make the record, I decided that the work as a whole would be strongest if I focused on just the instrumentals. Between composing, playing piano, accordion and singing and writing songs, I feel like I always have so many different things to practice and work on that it actually felt liberating to set some limitations. When instrumental music is done right, I feel like it can sometimes express more than music with vocals because it leaves a lot open to the imagination. At our shows, I notice people closing their eyes and listening intently. I love hearing about all the different visions and imagery that my songs elicit in people’s minds. 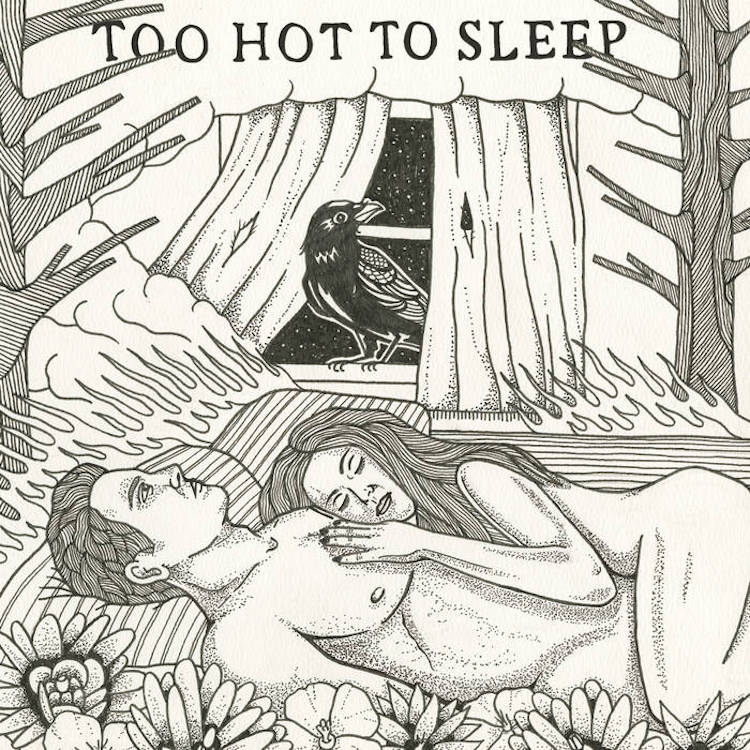 What were your musical influences for this record?
[They] run the gamut from Duke Ellington to contemporary bluegrass and acoustic music. For many years I’ve loved listening to Balkan Gypsy music, especially a band called Taraf de Haïdouks. There’s also an accordionist from Argentina named Chango Spasiuk who I admire for the simplicity of his compositions and approach. My concept for the sound of the record was partly based on that.

How does this music break down the boundaries between jazz, folk and chamber music?
To me, chamber music means music that is played by small groups of friends in intimate spaces. This defines what we do in the Human Hands. Our favorite venues are the small ones where we hardly need amplification and can sit in a circle and pick tunes…I think it will be clear to listeners that the compositions flow between jazz and folk inspired styles. The first song is a western ballad called “The Murder” influenced by the great film composer Ennio Morricone. Songs like “Swamp Dog Hobble” and “Valley of the Giants” are coming out of the American new acoustic and bluegrass tradition. The title track is an ode to Billy Strayhorn. This wide range of styles reflects my own broad interests in different types of music from around the world. (Some similarities may be the progressive bluegrass band Punch Brothers and The Goat Rodeo Sessions, a collaborative album made with Yo-Yo Ma.)

Favorite song to perform live lately?
“Dance of the Djinn” for me is the most fun to perform. This is a suite that’s inspired by the Balkan group Taraf de Haïdouks. It features a mournful opening theme, followed by an improvised violin cadenza and then a blazing fast folk song. It’s full of surprises and it’s fun to watch people’s jaws drop when they hear us play it.