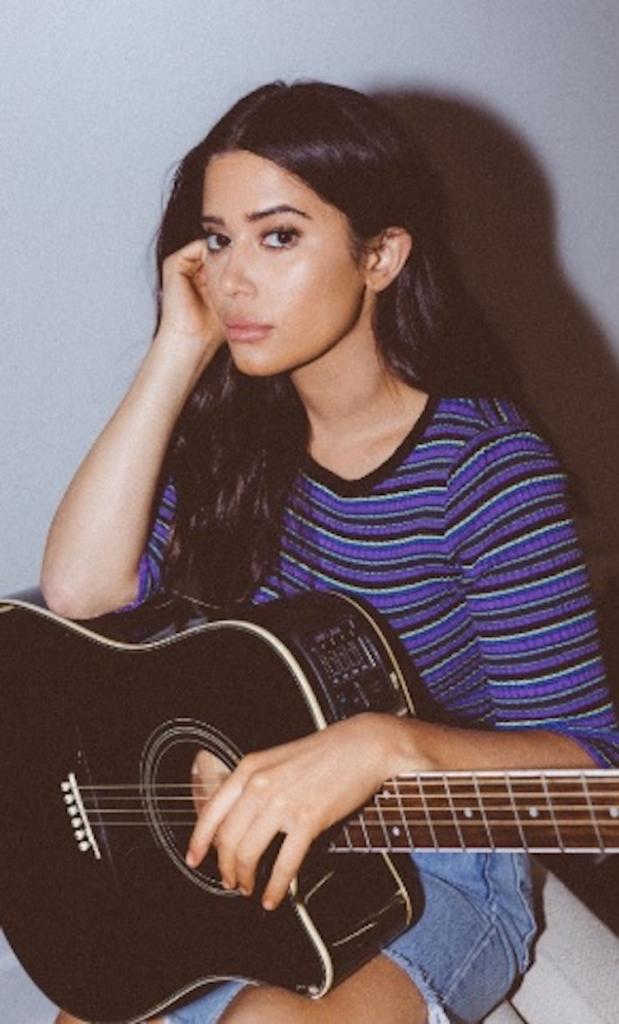 Recording a song like “Lonely Girl” was something up-and-coming singer Symon dreamed of since she was a child. The emotional ballad—she wrote it for a group of people who treated her “terribly”—was released in 2017. “It’s authentically me,” she said. The lyric video, which shows her performing the song in sign language, has amassed more than 200,000 views.

Symon became drawn to music as a kid growing up in Los Angeles. Her parents, Long Island natives, eventually gave in when they noticed how committed she was to her aspirations. Symon studied different styles—classical, cabaret, opera—but always felt the biggest connection to pop. Formerly part of a trio that found success on the Disney Channel, she launched her solo career under Sony nearly two years ago. She’s kept busy working on a debut and co-hosting SiriusXM’s Hits 1 in Hollywood. But she admitted it hasn’t been an easy road since she started out at 17.

Symon spoke more about her music, being a young woman in the industry and her frequent trips to Long Island.

How would you describe your sound?
In the last year and a half, I really had to find myself as a solo artist. I didn’t know who I was because I had always been one-third of a music group…It took a lot of trial and error this last year figuring out what my sound was. I really found it with “Lonely Girl” with being so raw and authentic and vocals really out there.

Have you faced any challenges as a young woman in this industry?
There have definitely been situations where people that I thought were looking out for me or were mentors were definitely not. They were actually taking advantage of me and talking down to me regarding my image, sometimes [saying things] like, “You look slutty there.” It’s my body, my choice, I’m going to do what I want to do. I didn’t really realize it because I was very young. Recently I had that kind of a situation and I said, “No more. I’m only working with people that love me and respect me.” I’ve learned to have such thick skin.

Do you think you need tough skin to be in this business?
100 percent…[My parents] didn’t want me to go into this world because they knew how hard it was going to be on me and how your feelings get crushed and there’s such competition. But at my 8-year-old birthday I said, “Mom, Dad, can you please get me an agent for my birthday?” I just knew what I wanted and they saw that. Through the process of the ups and the downs, I built that tough skin. There have been a lot of crying nights, I’ll tell you that much, but the happy moments override those times.

Do you have any advice for women trying to break into the industry?
Practice. Get down your craft. There’s so much talent out there, but you can do it. Look at me, I was a kid from the Valley. I got a long way to go but it’s pretty cool to look back and see some things that I’ve done in the last few years and feel ready to go even further.

What would you say is your proudest moment in your career so far?
When I first got into the studio as a solo artist, “Lonely Girl” was the first record that I did. I sent it to my manager…and he was like, “This song is a hit!” But we thought, “It’s not good to start your career with your first song being a ballad, let’s go to something else.”

I got pulled in [different directions] the last year and a half; people were telling me to do things that were way too sexy and didn’t feel like me. Finally, my manager said we are going to send songs to the head of Sirius XM…We sent a bunch of songs that were done. And we sent over “Lonely Girl” to Kid Kelly and Kid calls us back and goes, “None of the other songs. What’s this song, ‘Lonely Girl?’ This is the song I want.”

We ended up putting the rough demo out…Right now, that’s my proudest moment because it’s me just being me and being accepted. It’s the furthest a song of mine has ever gone.

When you get time off and visit Long Island what are some of your favorite things to do?
See my family, go to Matteo’s for Italian food and get a great slice somewhere.

Does the pizza in Los Angeles compare to New York?
No! The pizza is the best in New York. The pizza sucks out here. I need my Long Island slice. And I love a good chicken roll on Long Island, too.