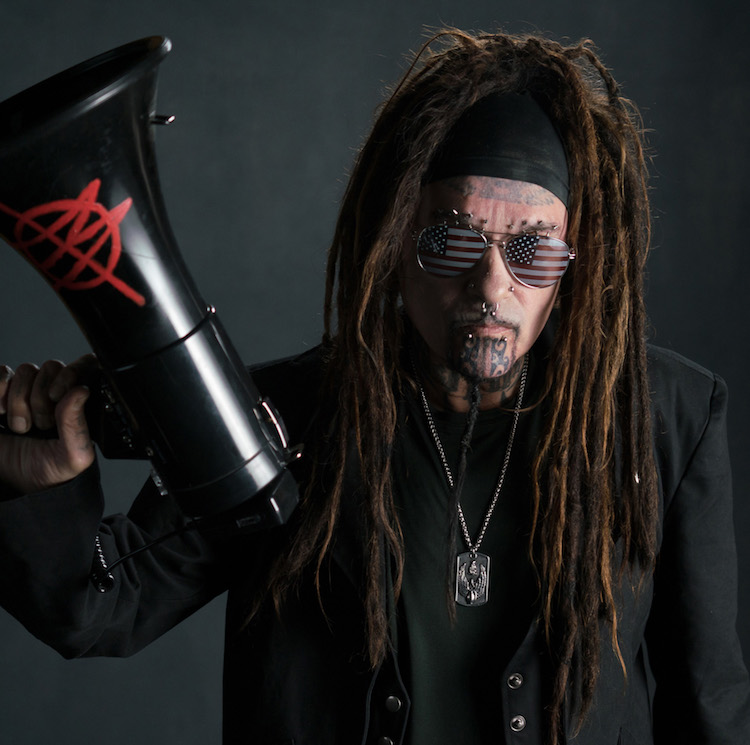 During the early 90s, grunge music swept in and changed the musical landscape with bands like Nirvana and Pearl Jam slaying the charts. But in the midst of that movement, another style of music was also gaining popularity: industrial. It was introduced to the masses by two bands in particular, Ministry and Nine Inch Nails.

Since the band’s inception in 1981, Ministry has been led by singer/multi-instrumentalist Al Jourgensen, and has carved a niche with classics including “N.W.O.,” “Jesus Built My Hotrod” and “Burning Inside.” Ministry’s frontman is still as feisty as ever, as evidenced by the band’s politically-charged fourteenth album, AmeriKKKant, released in March. The heavily-tattooed and pierced Jourgensen spoke politics and music before Ministry takes over the Paramount on April 19 with Chelsea Wolfe as the opening act.

Judging from the album title, its cover image and song titles, I take it you’re not a big Trump supporter.
Trump is just a symptom. He’s emblematic of what is going on. I’m not a big fan of how American society—and the world society, for that matter—has turned. I think he’s more of a symbol of the decay of societal normalcy than…just a figurehead. It’s easy to poke fun at a figurehead. But the underlying problem is far deeper.

Musically, how is AmeriKKKant similar or different to previous Ministry albums?
The times are different…Consider me a Polaroid Instamatic Camera; I take snapshots of what’s going on around me. Over the last couple of years, I’ve been taking snapshots, and I’ve finally disseminated the information that I took on my camera lens, interpreted it and spit it out with my own definition of what I see going on. Of course, every album is different, but I have limitations as a musician, and I have a style or form if you will, that makes it sound like, “Oh yeah, that’s Ministry.” But each album is different because each album is a snapshot of whatever events are happening at the time, whether it be personal or societal. 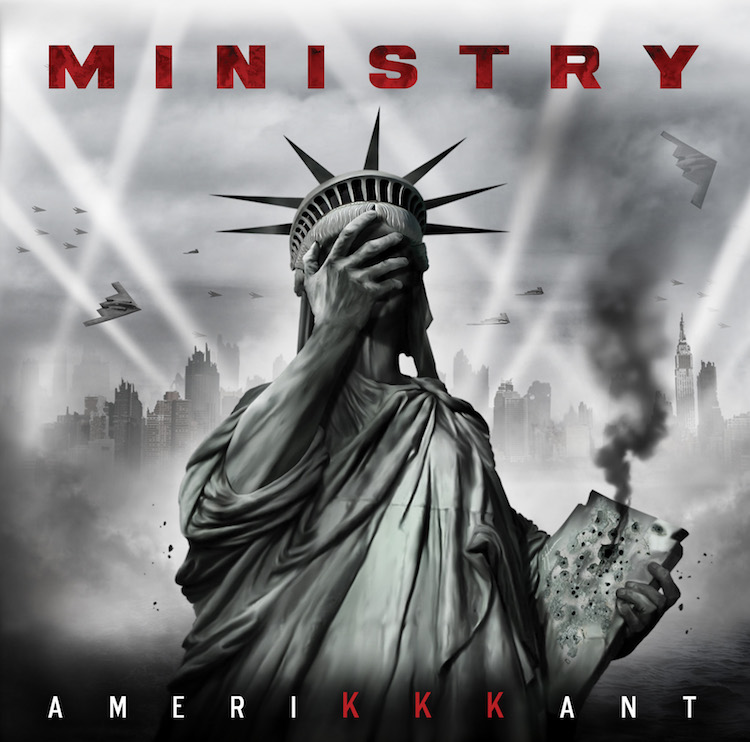 AmeriKKKant is the fourteenth studio album by Ministry.

Something I’ve long admired about Ministry is that the band helped trailblaze industrial metal, which was quite revolutionary at the time.
I hate broad stroke generalizations. To me, there’s some pretty revolutionary type industrial bands, metal bands, punk bands, rap bands, even country bands, jazz musicians…there are a lot of revolutionaries around. So, I would hate to say that because there are also people that are considered “industrial” who just do shock rock and sing about Satan and cut their arms up with razor blades on stage or some shit like that…I’ve always railed against being called “The Founder,” “Godfather” or whatever term of industrial music. To me, there is either relevant music or irrelevant music. And unfortunately, the tide has turned to where 99 percent of it is pretty irrelevant, as far as I’m concerned.

But thinking back to the time when The Mind Is a Terrible Thing to Taste came out in 1989, there really wasn’t much else sounding like.
Well, times have changed. It’s funny how bands today, with the unlimited technology we have and all the resources that you have to make different music, sound more the same than we did when nobody had any decent equipment and everyone just had to use their actual mind.

It seems like most modern music artists are merely copying each other.
Yeah, because they make it so easy with technology. Technology should be this wonderful thing that allows you to expand and learn things that you’ve never learned before. Instead, they’ve made it so easy for someone to press a button. They literally have buttons on various samples, whether it be guitars, bass, drums, keyboards, this, that, vocals. You just hit the “Ministry button” and other bands can sound like Ministry. I’ve never hit that button. I just keep doing what I’m doing. Hopefully, there will be a new Ministry button for this new record at some point I guess…Is that good or not? I don’t think so.