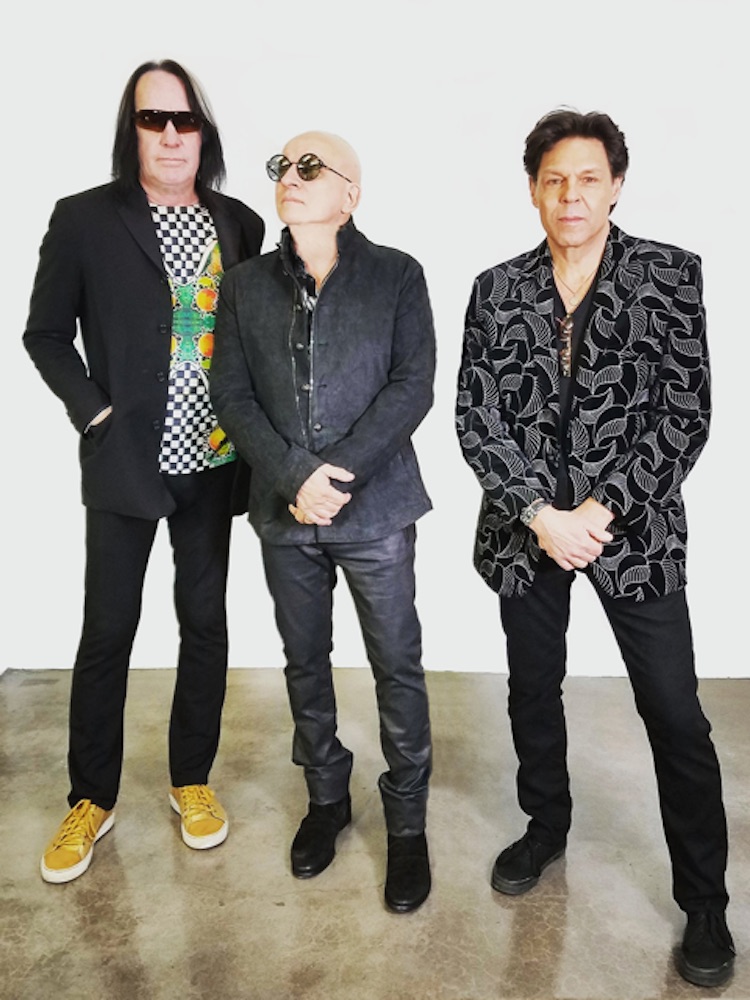 Utopia is arguably one of the most underrated rock bands of all-time. Although founded and led by singer/guitarist Todd Rundgren, who Pulse spoke to in 2015 when he released his 25th studio album, Global, Utopia was more a band than a solo project—all four members contributed in the songwriting and vocal departments. During the band’s golden period, each album contained a handful of tunes that should’ve been hit singles while the group covered a multitude of styles.

Like many rock bands, members came and went from 1974-1977, but the definitive lineup featuring bassist Kasim Sulton, keyboardist Roger Powell and drummer Willie Wilcox lasted from 1977-1985. And this year, longtime fans will get to see three quarters of the classic lineup reunite as Rundgren, Wilcox and Sulton hit the road. The latter spoke with me shortly before the band heads to the Paramount in Huntington on May 1 and the Town Hall in NYC on May 3.

What led to the reunion?
We had been throwing the idea around for many years. And because of each individual’s busy life and scheduling, it never really was something that we all could do at the same time. And it just so happens that now everybody has a little bit of time to themselves, and it seems like the right time to do it.

Why wasn’t Roger included?
Roger is officially retired, and has some arthritis issues; he has a hard time playing these days. He also has some hearing loss. As much as Roger wanted to do it and would have loved to do it, he felt that it would be best for him if we did it without him. He gave us his blessing, and then we forged ahead with the next logical choice, which was Ralph Schuckett. Ralph was one of the original keyboard players for Utopia, and it made sense to do it with Ralph. [Shortly after the interview took place, it was announced that Schuckett would not be taking place in the reunion “due to unexpected health issues.” Gil Assayas has replaced him.]

What are some songs that you’d like performed?
Well, there are a few that are fan favorites, like “Hammer in My Heart,” “Trapped,” “Love in Action,” “One World.” Of course we’re going to do “Set Me Free,” and we’re going to do some deep cuts. I’m pretty sure I can safely say that the setlist will comprise everything from the first Utopia record [1974’s Todd Rundgren’s Utopia], which I was not on, until the last record, in 1985 [P.O.V.].

When turning on friends to the music of Utopia, I use the analogy that the era from 1977-1985 sounded akin to “The Cars meet Queen.” Do you agree?
That’s the first time I heard that analogy! The Cars meet Queen…yeah, I think that’s a pretty good comparison. It wasn’t the kind of band you could pigeonhole when we were working together; we always pushed the envelope and did stuff that very few other people were doing. I think that we always managed with each record to touch on material that you wouldn’t normally hear from a band.

Why do you think the band was not more commercially successful?
I think part of that reason was we never did the same thing twice. A lot of bands, they hit on something that works with their audience, whether it’s a genre or a type of song. Something that fans can always put their finger on, and say, “That is my band.” Utopia was always doing something different. I don’t know if that confused people as much as it didn’t allow people to grasp onto it and hold onto it, and expect the same thing album after album. In the long run, it might have served us well as musicians and as a performing band; we could do a bunch of different stuff. But I think that it never really helped us gain a larger audience or more fans with each record. Each record was so different than the last, that you couldn’t pigeonhole us.

I interviewed Todd and Roger a while back for the book MTV Ruled the World: The Early Years of Music Video, and something that often gets overlooked is Utopia was one of the first bands to embrace music videos.
That was all Todd. Todd was the driving force behind us doing videos to the songs we were working on. After the success of Meat Loaf—he produced the Bat Out of Hell record—he had some disposable income, and he used that money to build himself a video studio up in Woodstock. We weren’t confined to having to go somewhere else to record videos or experiment with stuff. That’s how and why we did so much video work because Todd had his own studio.

Beyond this tour, would you like to see Utopia continue and work on new music?
Oh, that would be great. I would love to see that happen. I don’t know if it will; there is no talk of that right now. The only thing that we are concentrating on is making sure that the shows that we are about to do are the best that they can possibly be.