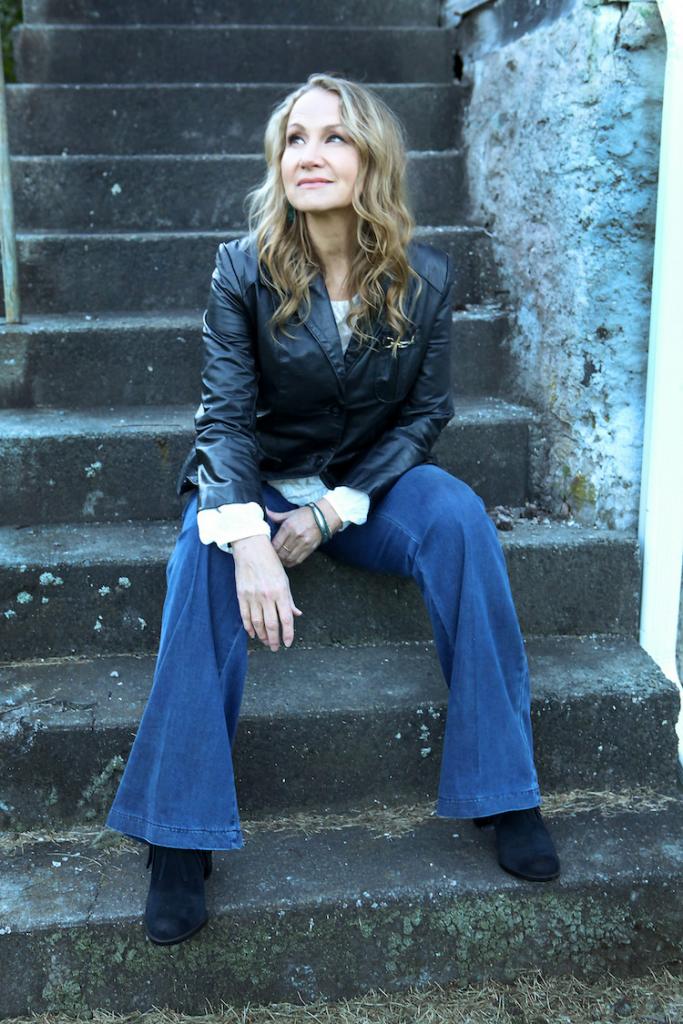 Although well aware of Bob Dylan’s material growing up, singer Joan Osborne felt the icon’s full effect when she did a duet with him, performing “Chimes Of Freedom” for the 1999 NBC television series The ’60s. Osborne, who released Songs Of Bob Dylan to critical acclaim last year, said it was an experience she’ll always remember.

She recalled coming off the plane from Ireland with an Irish Whiskey from the duty free shop in Shannon Airport to gift to Dylan. She headed straight to the studio as the band was setting up.

“I’ll never forget,” she said. “I had my back to the door but as soon as Dylan walked in, even though I didn’t see him, I knew he had walked in the door. You could just feel that everything in the room was suddenly different.”

The session kicked off and Osborne couldn’t help but notice his skill. “We did the song three or four times and each time was completely different. We didn’t rehearse at first, we just got up and started doing it,” she said. “I realized if you were not focused on him very intently, something’s going to change and you’re going to get left in the dust.”

Osborne, leading her Joan Osborne Folk Trio to The Stephen Talkhouse on July 13, spoke more about Dylan, the new album and her longstanding Long Island connection.

Was this album an idea you’d been kicking around for a while?
I’ve always been a fan of the thing Ella Fitzgerald did in the late 1950s. She put out a series of albums called The Songbook Series and each one was devoted to a different songwriter. She did a Duke Ellington album, a Cole Porter, Harold Arlen and all the great songwriters of her day. I always thought it would be such a cool thing to do my own version of that.

We got invited a couple of years ago to do a residency at The Café Carlyle in Manhattan. I thought, “Wow wouldn’t it be a perfect place to try out this idea, to pick just one writer and really delve into their catalogue?” We talked to The Carlyle and they were up for it and the audiences really seemed to respond to it. To spend those two weeks delving into his catalogue and working on different arrangements was really gratifying creatively. We thought this would be the perfect first album in what we hope would be a series.

Was it easy to put your own spin on the material?
There’s something about being a female singer recording songs written by a male writer that instantly gives you a freshness of perspective. And also Dylan’s voice and my voice are very, very different. He’s got a very particular…you wouldn’t necessarily call it a “good” voice in the traditional sense of the word. But he’s got the character and perspective. It’s very distinctive. I think he’s a great singer. I have what people would traditionally call a good voice yet I also try to find things that fit the song rather than try to make the song fit my voice. I felt like there was some space that wasn’t taken up by what Dylan had already done that I could move into and interpret things in my own way.

What do you think is his great strength or asset as a songwriter?
I think because of the way he uses language he’s able to talk about specific things, but in a way that gives them a very universal appeal. We perform songs like “Masters Of War” that were written 50-plus years ago and sound like they could have been written this morning. There’s something that he was able to do where the material doesn’t sound dated. There are a lot of other songwriters who have come out of that era who were writing political material or romantic material and the songs haven’t necessarily aged that well because they were so much of their time.

Do you know if Dylan’s heard your album?
He put a very nice Facebook post when the album came out last year. He’s definitely aware of it; I don’t know if he’s sat and listened to it. He was very kind to comment to his fans about it so we were very happy.

Do you have any fond memories of Long Island?
Oh sure. Having played The Stephen Talkhouse long before I had a record deal and Peter Honerkamp, who owns and runs the place, was one of the first who really believed in me and started getting me gigs. He even lent me money to make a recording early on, so I’ve got a long history with him. I’m very grateful to him and we’ll always come back and play at the Talkhouse because of that connection with Peter.