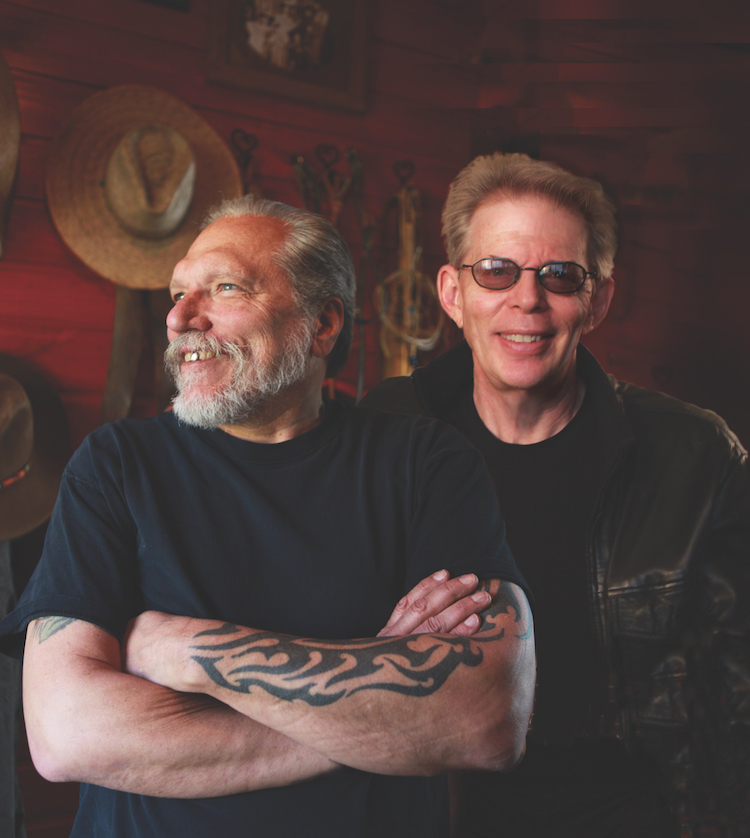 This year’s Great South Bay Music Festival (July 12-15 at Shorefront Park in Patchogue) is shaping up to be one of the most varied yet. Expect such veteran artists as the Dickey Betts Band and Little Feat joined by more recent artists like Sublime with Rome and Umphrey’s McGee. Of course local acts like Soundswell and the Joni Project are also in the mix. And certainly, one of the biggest names on the bill is Hot Tuna.

Formed in 1969 by Jefferson Airplane members Jorma Kaukonen (guitar, vocals) and Jack Casady (bass), Hot Tuna has offered up both acoustic and electric bluesy tunes throughout the years—a clear precursor to what we now refer to as jam bands. During their performance on July 15, the duo will be “electric” with drummer Justin Guip added to the lineup. Casady spoke about the festival, future plans and memories of recording with one of rock’s all-time late great guitarists.

Are you looking forward to playing the Great South Bay Music Festival?
We’ve done it a couple of years ago, I think, and it’s just a ton of fun being out there on the Island. We look forward to a great day. And I love the lineup. It looks like there are a lot of fun acts on the show. We’re going to bring the electric Hot Tuna trio and we’re going to have a ton of fun. It’s a great summer festival and I’m sure the weather will be just perfect.

How would you compare playing with Hot Tuna today to back in the 70s?
If it could be, it’s more fun than ever. Jorma and I are just tickled pink to still be able to do it, and to really be engaged in the music. The aspect of the trio we haven’t done almost since the 70s. The last couple of years, we’ve revived the trio format, which gives us a lot more openness in the soundscape. Justin Guip is playing drums and Jorma on guitar and me on bass, of course. We get to do those trio kind of improvisation things, as well as a lot of fingerpicking music that we do with acoustic Hot Tuna that we can transfer over to the electric Hot Tuna trio…We’re doing a lot of that this summer…We’ll really start in earnest with Nedfest out in Colorado on the 25th of August and basically run all the way through January [including a performance on Nov. 21 at the Beacon Theatre in NYC].

You were asked to write the afterword to Jorma’s forthcoming book, Been So Long: My Life and Music. That must have been quite an honor.
Absolutely. I’ve always been a big fan of his writing and his lyrics. He always writes thoughtful lyrics to all the songs that we’ve done and all the catalog that he’s done on his end. He’s been actively blogging for the past 10 years or so, and I think it was in due course and about time that he put it all together in a book format. I read the book while I was in Jersey last September and every morning I’d come down and read for an hour or so, and when I finished the book, I wrote the afterword.

What are some memories of attending Jimi Hendrix’s Electric Ladyland recording sessions and playing bass on the song “Voodoo Chile?”
The memories are great. Jorma and I had been playing with Jefferson Airplane and I think we were doing The Dick Cavett Show taping earlier in the evening, and as we did back then, we always had our guitars with us…We finished up early and we went to go visit Steve Paul’s The Scene in New York City, which was a small, half-underground club. We wanted to hear a band that was coming over from England called Traffic. Our friends Jimi Hendrix and Mitch Mitchell came to the club to hear [Jimi’s] buddies because he knew these guys. [Jimi] invited a bunch of us over to the studio [the Record Plant] and we listened to him record and hung out. It was a little different atmosphere than previous years because he had just started to produce his own work in the studio. With that kind of atmosphere, there was a lot more freedom in his approach.

In any case, we watched him overdub and work for a while and at about daybreak, he said, “Let’s play a song.” He showed us the chord changes to “Voodoo Chile” and we ran it over—I think a string broke. We did a full take and I think another full take, I can’t remember. And Jorma and I had to leave because we had a gig in D.C. the next day, so we all piled into our LTD Station Wagons and drove down to Washington after the session at about 9am. It was a great time. He was a great guy to play with…Jimi was a very gracious man. He just looked you in the eye and you started to play. There were no hijinks, no nothing. He was a great musician and it was a lot of fun.

Are there any plans for a new Hot Tuna studio album?
We always have plans. Right now, we don’t have a date to start working, but I’m sure there will be one coming up. We did the last one in 2011—it’s about time.